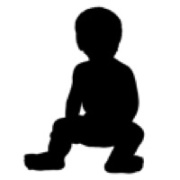 ‘There is a mile of distance between grieving for dead children and avenging those deaths through military force.
‘Furthermore, one can simultaneously express sorrow for the dead, particularly the children, and resist direct United States military intervention. This is a false choice that uses the dead children as a mask for America’s militaristic instinct, and one that I find repugnant.’

– The New York Times’ Charles Blow, in an op-ed that criticizes governmental officials for singular invocations of the suffering of Syrian children as a casus belli (prior posts), even as those same officials maintain resounding silence about the suffering of other children at home and abroad – a host of ills that include malnutrition and gun violence.

One thought on “Suffering the children”