Bill’s representation of Omar Khadr, born in Canada and seized by U.S. forces in an Afghanistan battle, is recounted in an Ottawa Citizen obituary. I feel compelled to add my own recollection.

We met in December 2008, at Guantánamo. The occasion was the first set of military commissions hearings since November 4, 2008, when voters chose then-Sen. Barack Obama to become the next U.S. President. Because Obama had pledged to shut down GTMO, many of the lawyers, media, and observers aboard the chartered jet that took us to the U.S. military base at the southwestern tip of Cuba were calling this “The GTMO Farewell Tour.”

The week began with a failed attempt by Khalid Sheikh Mohammed and his codefendants to plead guilty to capital charges of masterminding the terrorist attacks of September 11, 2001. It ended with a hearing in Khadr – a hearing in which Kuebler proved himself a master of his craft. As I wrote at page 13 of my report for the National Institute of Military Justice:

‘Of particular interest was the effort of Navy Lt. Cmdr. William C. Kuebler (pronounced “keebler”), lead military counsel for Omar Khadr, to gain admission during this pretrial hearing of photos made during the firefight at which Khadr was captured. Kuebler argued that the photos would help the defense to make its case for compelling certain witnesses, whose testimony, it was said, would exonerate Khadr by indicating that he was buried beneath rubble at the time someone threw the grenade that killed a U.S. servicemember. The judge refused, and Kuebler went forward without the photos. But the dispute whetted the appetite of the media to see the photos, and some published a next-day story suggesting Khadr’s innocence.’

This understanding of the importance of public scrutiny, combined with an ability to inform the public even as a request was denied, illustrated Kuebler’s diligent representation of his client, Khadr – who, today, is out of prison and living in Alberta, Canada, released on bail while appeals are pending. “Khadr owes more to Bill than to any other advocate,” the Citizen obituary aptly states. And so we pause in his memory.

The digital release of U.S. military records a few years back helped me fill in an incomplete family story. This Veterans Day seems a good time to reprint my resulting blog post:

In August 1900 a man ended a trans-Atlantic voyage at New York Harbor. He was 25, a farmer, and spoke only Italian. He’d a vague plan to settle in Pittsburgh, but no money to get there. 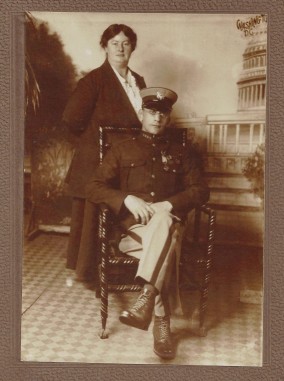 Within months the man was in yet another country, serving in the Army of Occupation Military Government of Cuba, by which the United States ruled a spoil of its 1898 victory in the Spanish-American War. By 1902, the year formal control of all but a base at Guantánamo Bay was ceded to Cuba, the man was managing a hotel not too far from Yale College.
He’d received U.S. citizenship for his service.
He might’ve helped rebuild after the ’06 earthquake in San Francisco.
The 1910 census found him in Denver, where a widow rented him a room. He’d married an American 15 years younger than he, the Buffalo-born daughter of immigrants from Poland. They’d a son, whom the census-taker guessed was somewhere between 6 and 12 years old. In 1913 another son was born, in Hartford, Connecticut.
Within years the man was alone again, waiting tables at the Shoreham Hotel in Washington, D.C. His wife kept house for an old-line Connecticut family, with whom she and the eldest son, a “boarder,” lived. Records place the younger boy with neither parent. He was to be found, rather, with a middle brother, whose birth in New York available records overlooked. (It’s said that a 4th child had fallen ill and died, without benefit of Last Rites because a priest refused a sibling’s plea that he leave his dinner to minister to a poor family.)
The 1920 census lists the younger boys, ages 7 and 8, as “inmates” at the Washington Emergency Home for Children. Both already could read and write English; indeed, while growing up at the D.C. orphanage, the middle son would win a medal in an interschool track and field contest, the American Legion award for leadership, and a leatherbound copy of Kidnapped inscribed with academic praise from his principal.
Secondary education was, of course, out of the question, and so by age 19 the middle son was waiting tables in Philadelphia. His mother having died from diabetes just before doctors learned to treat the disease with insulin, he lived with his father and eldest brother. The youngest brother was nowhere to be found.
Eventually the middle child would move to Chicago. He and his wife, both members of labor unions, would raise a family of their own. They would see grandchildren attend universities. One of those grandchildren, I have stayed on business at the same hotel where I now know that my great-grandfather, now buried in a V.A. cemetery in Milwaukee, worked as a waiter.
This is a story of military service, for it emerged quite suddenly from discovery of Angelo Bruni‘s draft registration card, pictured below — registration not for the Spanish-American War era in which he served, but rather for World War I, which his country of choice expected him, at age 43, to be ready again to serve. It is a story of immigration, of the opportunities and limitations that 20th C. pioneers, if you will, confronted in a new land with unfamiliar customs and culture.
Columnist David Brooks recently wrote of a “Catholic Boom,” attributing successes of today’s generation to some essential evolution among Roman Catholics of European ancestry. Even making the dubious assumption that all members of this group indeed have succeeded, the story just told points to far different reasons for that success. It points, 1st, to the hard-scrabble tenacity with which newcomers worked to overcome odds. It points as well: to the end of prejudices against ethnic Catholics, such as the stereotype that equated Italians with gangsters; to a GI Bill that rewarded those who served in uniform not only with citizenship, but also with the means to better themselves after service ended; to the expansion of public education institutions at which they and their descendants could excel; to advances in medicine that made it less likely that they would die young of treatable diseases; and to the enactment of hard-won laws that secured for hard-working people a living wage and a pension should they live a long life.
In pointing to those 20th C. factors for success, this story points too to a 21st C. framework for treatment of those who seek opportunity in the United States of America.

Delighted to read that Margaret Stock has been named a 2013 MacArthur Fellow. I first met Margaret when she was on the law faculty at the U.S. Military Academy at West Point. After a decade there, she retired from the Army, withthe rank of Lieutenant Colonel, and took up the practice of law in Alaska. For the last several years she’s been an outspoken advocate for the rights of immigrants in the U.S. military, writing a book on the subject and contributing commentaries to IntLawGrrls blog and other media. Her recognition for this important work, in the form of a $625,000 grant, is well deserved. 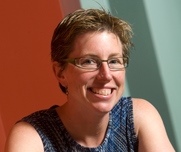 Pleased to congratulate my colleague, Dr. Elizabeth Hillman, who’s been named to the Response Systems to Adult Sexual Assault Crimes Panel, just formed by the U.S. Department of Defense.

The Academic Dean of the University of California Hastings College of the Law in San Francisco, Beth is well known as an expert on military law. She is the President of the National Institute of Military Justice, a nongovernmental organization on whose board I also serve, and is also a co-author of Military Justice Cases and Materials (2d ed. 2012) and author of Defending America: Military Culture and the Cold War Court-Martial (2005) (as well as an IntLawGrrls contributor). Before joining Hastings in 2007, Beth, who served in the Air Force and earned a J.D. and a history Ph.D. from Yale, taught law at Rutgers-Camden and history at the U.S. Air Force Academy and Yale.

Last September, Beth took part in a high-level Hastings symposium on the issue the new panel will address, sexual assaults and related offenses in the military. As stated by the Defense Department announcement:

‘The panel, established in accordance with section 576 of the National Defense Authorization Act for Fiscal 2013, is a federal advisory committee that will conduct an independent review and assessment of the systems used to investigate, prosecute, and adjudicate crimes involving adult sexual assault and related offenses under article 120 of the Uniform Code of Military Justice, for the purpose of developing recommendations concerning how to improve the effectiveness of those systems.’

The expertise of Beth and all will be much needed on the panel, announced the same day as Pentagon findings that, as reported by the New York Times,