Since accused Lord’s Resistance Army leader Dominic Ongwen surrendered to the International Criminal Court in January 2015, there’s been much discussion of the effect, if any, of reports that he was abducted as a child into the Uganda rebel group, and eventually committed international crimes himself. 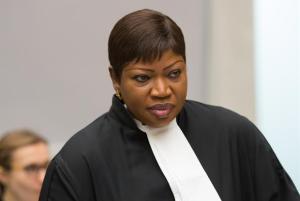 ICC Prosecutor Fatou Bensouda responded in her opening statement this morning,  on the 1st day of trial in Prosecutor v. Ongwen (transcript, video, and audio available here). First she discussed the crimes with which he is charged, against children and adults alike. Then Bensouda turned to the accused himself:

“One aspect of this case is the fact that not only is Ongwen alleged to be the perpetrator of these crimes, he was also a victim.”

About this, Bensouda said:

“The reality is that cruel men can do kind things and kind men can be cruel. A hundred percent consistency is a rare thing. And the phenomenon of the perpetrator-victim is not restricted to international courts: it is a familiar one in all criminal jurisdictions. Fatherless children in bleak inner cities face brutal and involuntary initiation ordeals into gang life, before themselves taking on a criminal lifestyle. Child abusers consistently reveal that they have been abused themselves as children.

“But having suffered victimization in the past is not a justification, nor an excuse to victimise others. Each human being must be considered to be endowed with moral responsibility for their actions. And the focus of the ICC’s criminal process is not on the goodness or badness of the accused person, but on the criminal acts which he or she has committed. We are not here to deny that Mr. Ongwen was a victim in his youth. We will prove what he did, what he said, and the impact of those deeds on his many victims.

“This Court will not decide his goodness or badness, nor whether he deserves sympathy, but whether he is guilty of the serious crimes committed as an adult, with which he stands charged.” 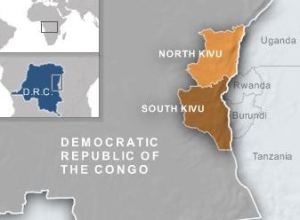 “[F]or targeting children in situations of armed conflict, including through killing, rape, abduction and forced displacement,” yet another Congolese armed group has been added to the United States’ sanctions list.

On Tuesday, the Department of the Treasury announced sanctions against the Allied Democratic Forces, which it described as a group of “1,200 to 1,500 armed fighters” that in 2013 began attacking civilians in North Kivu, a province of the Democratic Republic of the Congo that borders Uganda. (credit for (c) Associated Press map) The militia’s actions against children reportedly include:

As this list of all Treasury sanctions indicates, the Allied Democratic Forces join many other designated groups and individuals; to name a few, persons pursued (with varying results) via the International Criminal Court Situation in the Democratic Republic of the Congo, such as Germain Katanga, Thomas Lubanga Dyilo, Callixte Mbarushimana, Sylvestre Mudacumura, Mathieu Ngudjolo Chui, and Bosco Ntaganda. All were put on the list following the implementation of a decree signed by President George W. Bush in 2006, Executive Order 13413, “Blocking Property of Certain Persons Contributing to the Conflict in the Democratic Republic of Congo.” Section 1(a)(ii)(D) of that Executive Order expressly calls for sanctions against persons whom the Secretaries of State and the Treasury determine

to have committed serious violations of international law involving the targeting of children in situations of armed conflict in the Democratic Republic of the Congo, including killing and maiming, sexual violence, abduction, and forced displacement ….

Taken in conjunction with Monday’s U.N. Security Council imposition of a travel ban and assets freeze against the group – sanctions that also cite the group’s offenses against children – the U.S. sanctions will block “[a]ll property and interests in property in the United States or in the possession or control of U.S. persons in which the ADF has an interest”; moreover, “U.S. persons are generally prohibited from engaging in transactions with the ADF.”