Sandwiched once again between New Year’s and the new semester is the annual meeting of the Association of American Law Schools. 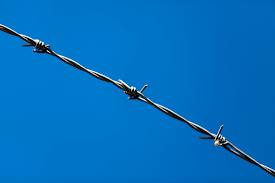 Among the international/comparative/transnational law panels during the meeting – to be held January 4-7, 2013, in New Orleans – is one for which yours truly is honored to serve as commentator.

Called Human Rights in Times of Conflict, it’s the new voices panel for the AALS Section on International Human Rights, for which Quinnipiac Law Professor William V. Dunlap serves as Chair, and Mississippi Law Professor Michèle Alexandre as Chair-Elect. We’ll meet from 8:30-10:15 a.m. Sunday, January 6, in the Jasperwood Room on the 3d floor of the Hilton New Orleans Riverside to explore these thoughts:

‘The first casualty of war may be truth, but the overwhelming majority of its victims are civilians who have nothing to do with the conflict. They are victims not only of war itself – strategic bombings, terrorist attacks, accidents, famine and disease. Tens of millions more have died in the past century from intentional policies directed at civilians, often by their own governments – genocide, forced pregnancy, sterilization, enslavement, ethnic cleansing, and torture. And then there are the refugees and internally displaced persons, forced from their homes, trapped in squalor, and destabilizing international relations in Africa, Asia, and the Near East. The Geneva and Hague conventions on the law of armed conflict go only so far in protecting noncombatants, and some argue that they displace international human rights law when they do apply. This panel will examine the role of law – especially international human rights law, international criminal law, and international humanitarian law – in protecting civilians in times of armed conflict. … Topics include humanitarian intervention and the responsibility to protect, the Georgian War of 2008, human rights implications of U.S. and U.K. antiterrorism laws since 2001, and contemporary implications of Lincoln’s pardons in the aftermath of the U.S.-Dakota War of 1862.’

Panelists will be the 4 colleagues whose paper submissions were selected following a call for papers: Albany Law Professor Paul Finkelman, George Mason Law Professor Neomi Rao, Louisville Law Professor JoAnne Sweeny, and Indiana Law Professor Timothy Waters. With Dunlap moderating, I’ll will pose questions to these 4, working to draw them – and our audience – into a discussion about how these topics interweave with the overall theme. Hope to see you there.

Other offerings include Alexandra Huneeus’ prizewinning presentation, about which I previously posted, as well as a host of panels (list here) identified by the Chair of the Section on Comparative Law, Cardozo Law Professor Julie C. Suk, who’s visiting this year at Harvard. There’s  a Presidential Panel on international criminal justice, as Julie notes, and much more – to identify all, search for keywords like “international” in the pdf version of the AALS program. (photo credit)