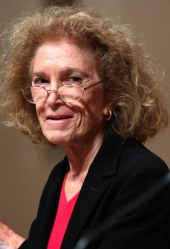 For a number of years now, writings of my colleague Mireille Delmas-Marty have explored the relationships between the globalization of law and the globalization of the economy. Her newest publication proposes to regulate the latter in a way that enhances the former. Specifically, she would criminalize “aggression committed by non-state actors” – read corporations – as a means to encourage states to agree to hold themselves accountable for this international offense.

► Begins with “ambiguities” that arise out of the tension between the universalist aspirations of the Rome Statute and the sovereigntist realities of the ICC’s state-based structure.

Among the manifestations of this tension, she writes, is the status of the crime of aggression in the ICC. The international global community, she argues, must not just aim for “restoring peace as a form of reparation, but rather it must seek to establish a long-lasting and sustainable peace.” (p. 557) In her view, states’ Realpolitik must give way to acceptance, by big states as well as small, of the crime-of-aggression amendments adopted at the ICC Review Conference in Kampala, Uganda.

These amendments would regulate only state actors. Entry into force requires ratification by 30 of the ICC’s 122 states parties, as well as an additional state-party vote that may not take place earlier than 2017. As I wrote in A Janus Look at International Criminal Justice (2013), ratifications have been slow in coming. The Rome Statute had secured nearly all the requisite 60 ratifications within the 3 years following its adoption; in contrast, as of today, 3 years after the Kampala Conference, only 7 states have ratified the crime-of-aggression amendments. A new addition, Germany, merits particular note not only because of its history, but also because of its status as a large-power NATO member. Yet as Delmas-Marty writes in her JICJ article, most states seem to remain “[r]eluctant to transfer to international judges the power to qualify acts of aggression.” (p. 558)

► Shifts to exploration of “lacunae” (pp. 558-61). Of particular concern to Delmas-Marty is the status of globalized nonstate economic actors vis–à–vis the ICC. Citing Nuremberg-era cases involving industrialists, such as IG Farben, Flick, and Krupp, she states:

‘Corporate criminal involvement in international crimes did not end with the Second World War.’

Sometimes, she continues, “corporations are involved in the commission of serious crimes …. And yet, the Rome Statute does not contemplate the criminal responsibility of legal persons ….” Especially when corporations bear responsibility for fueling

‘By first outlawing armed conflicts commenced by criminal organizations,  the resistance of states could be overcome with the purpose of recognizing a global community whose interests are pursued  by all in the name of a sovereignty that, rather than being solitary, is grounded on solidarity. Following such an approach, international criminal justice could perhaps apply not only to the vanquished but also to the victors. In other words,  to the major powers themselves.’

These are ambitious goals. Even at Nuremberg, industrialists were convicted of aggression solely in the Krupp trial, and that result was reversed  on review. (See here.) Still, Delmas-Marty’s article provokes thought on how to hold to account both state and nonstate authors and agents of atrocities.

5 thoughts on “The crime of aggression, viewed through the lens of corporate responsibility”