Very seldom (read never) do I take part in online campaigns, but today I am compelled to make an exception.

A middle school teacher here in Athens, Georgia, has achieved the amazing feat of winning a Fulbright Distinguished Award in Teaching, 1 of only 43 awarded this year in the entire country. The award will allow her to spend the fall semester in  England, where she plans to enrich her already considerable knowledge about the Holocaust, with a focus on women’s roles as victims and perpetrators.

She is Meghan McNeeley (above), who’s taught at Clarke Middle School since 2000. Her langua 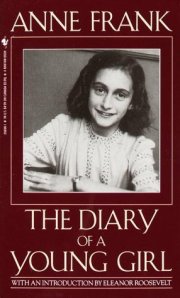 ge arts class introduces 8th graders to the Holocaust through study of Anne Frank: The Diary of a Young Girl  (prior posts) – study that includes not only reading of the iconic book, but Q&A on the context in which it occurred, as well as students’ preparation of personal timelines comparing what Frank was doing at various ages to their own achievement at those same age benchmarks. Her style, on this and other assignments such as the annual Elizabethan Fair, is one to which my own son responded with fervor when she taught him a few years back. He’s just one of many students whom she’s inspired to become writers.

Ms. McNeeley’s work in this area includes visits to Auschwitz and service as a Teacher Fellow at the U.S. Holocaust Memorial Museum.

The use of Diary to acquaint students with profound issues of peace and war, human rights and human security deserves support – support that Ms. McNeeley now needs. The Fulbright award covers some of her expenses, but she will have to forgo her schoolteacher’s salary for the semester, and so she’s seeking Go Fund Me contributions to make up the shortfall. You can donate here if you’re so inclined.