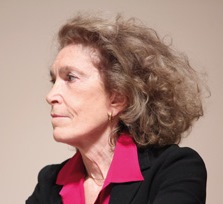 Amid this weekend’s reminiscences of the birth of the United States, I found much to ponder in one reading – not in English, but rather in French.

Delmas-Marty sounds a warning about the “downward spiral” that, in her view, has created an unwelcome “metamorphosis in criminal justice” in the years since terrorists attacked New York and Washington on September 11, 2001. 1st in the vortex was the United States, she says, and she fears that her own homeland, France – and, indeed, the planet – are following suit.

Contributing to this analysis, in her view:

► Characterization of terrorist acts as “exceptional” offenses, related to more to war than to ordinary crimes, coupled with the redefinition of unlawful association so that it may apply to “only one person,” without proof of actual association with another.

► Globalization of surveillance and “social control,” in an effort to predict offenses before they happen. Post-9/11, the United States moved from notions of preemption to notions of prevention, she notes. She argues that today the United States, and others, have moved further, to “prediction” – a shift that lends justification to confinement of persons deemed harmful, not only before they have been proved to commit an offense, but also after they have served postconviction sentences. She contends (all translations mine):

‘To lock up a human being, not to punish harm but rather to prevent harm, as if he were a dangerous animal, is in truth an act of dehumanization…’

► Persistence of nonstate actors that once would have been deemed exclusively “criminal organizations,” but now are seen as parties waging armed conflict. Not long ago, Al Qaeda dominated this discourse; today, it is “the so-called ‘Islamic State.'” Delmas-Marty continues:

‘With whom is a treaty of peace to be concluded? We now have all the ingredients for a global, and permanent, civil war.’

Among Delmas-Marty’s recent books is Libertés et sûreté dans un monde dangereux (2010). In the Le Monde interview, as in that book, she calls for restoring a balance between desires for security and the value of liberty. (It’s a balance that I’ve explored in my own writings, including “Punish or Surveil” (2007).)

“To dream of perfect security,” Delmas-Marty maintains, is an “illusion.” She allows that “[i]n the name of the struggle against terrorism, there can be restrictions on the right to respect for privacy,” yet she would require that such restrictions themselves be constrained in accordance with the principles “of legality, proportionality, and democratic control.”

Much to ponder as the United States begins its 240th year of democracy.