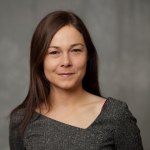 Delighted to announce that Kathleen A. Doty has taken up the post of Associate Director for Global Practice Preparation at the Dean Rusk International Law Center, University of Georgia School of Law. Having worked with Kate both when she was a law student and in the years that she’s practiced as an international lawyer, I’m confident she’ll do wonders with her portfolio, which includes administration of: Global Externships; the Brussels Seminar on Global Governance; a four-decades-old summer study abroad offering; exchanges with law faculties overseas; international advocacy; and other academic and research initiatives.

She joins Laura Tate Kagel, our Center’s Director of International Professional Education (in charge of our LLM program and our trainings of judges and other practitioners), and me, as core staff. For nearly 4 decades the Center – named after the former U.S. Secretary of State and longtime member of Georgia

Law’s faculty – has been a global nucleus of education, service, and scholarship in international, transnational, comparative, and foreign affairs law and policy.

Doty earned her Juris Doctor degree and a Public Interest Certificate in 2008 from the University of California-Davis School of Law, where I was honored to be one of her professors. Then she was a law clerk on the Hawaiʻi Intermediate Court of Appeals. She returned to California-Davis to serve for two years as the inaugural Fellow of a unit I founded, the California International Law Center. During that time, she was principal author of CILC’s 2011 report, Towards Peace With Justice in Darfur: A Framework for Accountability, and co-instructor of the law school’s Appellate Advocacy course. Her achievements as a law student included competition in the international rounds of the Philip C. Jessup International Moot Court and the national rounds of the National Moot Court, winner of the Best Brief Award at the National Moot Court, and service as a Moot Court Board officer. She is an inductee of the Order of Barristers.

Currently, Doty chairs the Non-Proliferation, Arms Control, and Disarmament Interest Group of the American Society of International Law. In 2013, she was an NGO observer on behalf of ASIL at the U.N. High Level Meeting of the General Assembly on Nuclear Disarmament, and in 2012, on behalf of the National Institute of Military Justice, she observed Guantánamo military commissions proceedings in the case of Abd al-Rahim al-Nashiri. Her observations were published online at Jurist and at IntLawGrrls, the blog she co-edited for several years.

She received her undergraduate degree from Smith College with a major in Latin American Studies and a minor in Film Studies, and she worked for Engel Entertainment as a production assistant and sound recordist for documentaries before pursuing her career in international law. Fluent in Spanish and proficient in French, Doty has worked with community organizations in the Hispanic and French Caribbean and studied abroad at La Universidad de la Habana in Cuba.