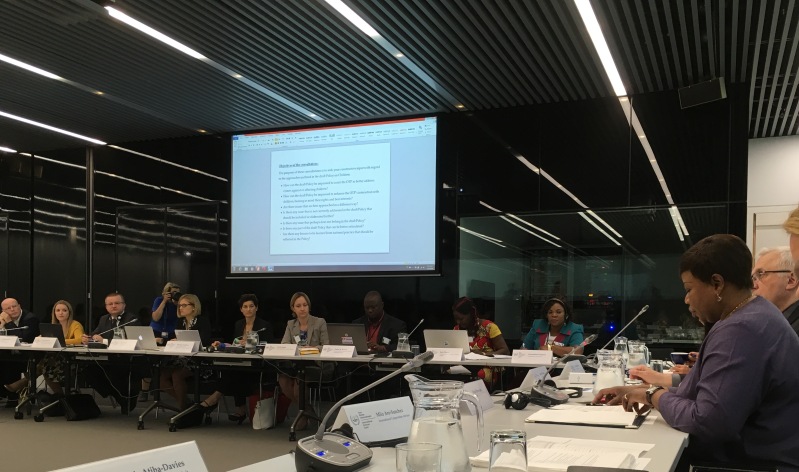 THE HAGUE, Netherlands – Experts gathered this week from around the world for a wide-ranging consultation on the International Criminal Court Office of the Prosecutor’s draft Policy on Children.

“This Policy, once finalised and adopted, will guide my Office in our ongoing efforts to address international crimes against or affecting children under the Rome Statute, as well as our interaction with children during the course of our work.

“The Policy will further provide clarity and transparency on how we intend to methodologically undertake this crucial work.

“Additionally, it is my hope that this Policy will also serve as a useful guide for national authorities and other actors in their respective endeavours to address crimes against and affecting children, and in their interactions with children in judicial processes.”

► Reaffirms an oft-repeated commitment of the Prosecutor. To be precise, the Policy reinforces her Office’s concern for “children with weapons” – that is, persons under fifteen who have been recruited or used in armed groups, often called “child soldiers.” But it also details the Office’s concern for what the Prosecutor called “children affected by the weapons” – that is, all persons who, before their 18th birthday, endured crimes within the jurisdiction of the Court.

► Adopts a child-sensitive approach to its dealings with children. That approach recognizes children as both vulnerable and capable, as both needy and resilient – often, at the same time. The Policy pledges sensitivity to these realities according to the regulatory framework of the Rome Statute system, and also according to principles drawn from international instruments, like the 1989 Convention on the Rights of the Child, a treaty that enjoys near-universal ratification and is founding on 4 guiding principles:

The draft Policy on Children (available in full here) explicitly recognizes those principles and sets out the contours for respecting and ensuring them.

It thus enumerates crimes against and affecting children. Included are crimes of conscription and use, as well as child trafficking as enslavement and forcible transfer as genocide. Also included are crimes like persecution, if it targets children on the basis or age or birth, as well as attacks on schools.

The policy further details the approach of the Office with respect to children at all stages of the proceedings: preliminary examinations, investigations, prosecutions, sentencing, and reparations.

All these aspects received discussion at Monday’s consultation; some are reflected in tweets available at #EndCrimesAgainstChildren. The policy working group will be considered along with other public comments. The Office welcomes additional such comments, which should be sent via e-mail to OTPLegalAdvisorySection@icc-cpi.int no later than Friday, August 5, 2016. The Office anticipates final publication in October of this year.

It was an honor to take part in this consultation in my capacity as the Prosecutor’s Special Adviser on Children in & affected by Armed Conflict – and also to be accompanied at the consultation by one of my Georgia Law students, Chanel Chauvet. (We’re pictured below in front of a mural at the ICC’s new permanent premises.) A  rising 2L and Dean Rusk International Law Center Student Ambassador, Chanel just completed a weeklong Hague summer school on international humanitarian law. 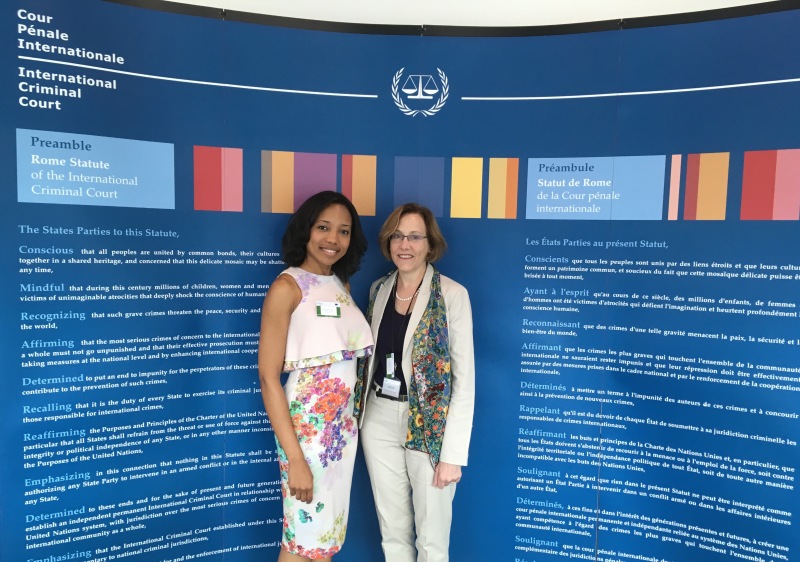