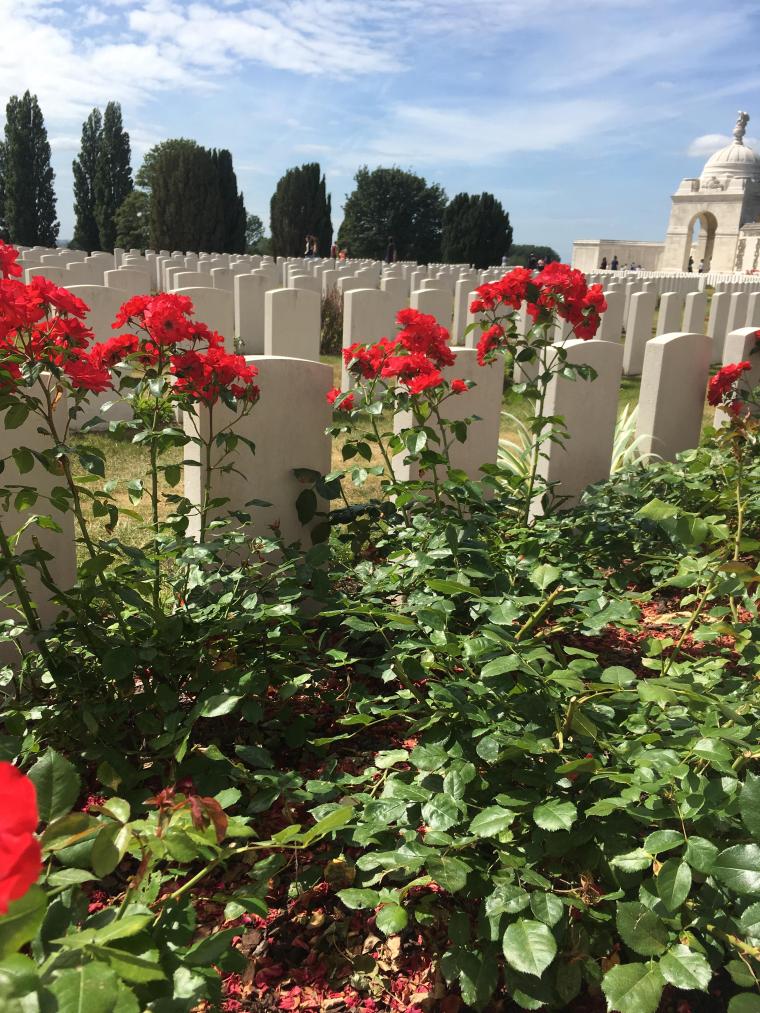 (In recognition of today’s 100th anniversary of the signing of the armistice that ended World War I, I reprint a 12 July 2017 post on my visit to Flanders Fields)

YPRES, Belgium – Beautiful vistas and bright sunlight cannot blind the visitor to the pain of this place.

This place is Flanders Fields, the name given to the part of west Belgium, close to the French border, that saw intense battles and horrendous casualties during World War I. This town – Ypres in French and Ieper in Flemish, but called “Wipers” by British WWI soldiers – played a central role. So too nearby Passchendaele/Passendale. Both towns were leveled, and like many in the region, were rebuilt in the old manner after the war ended.

During the war, upwards of half a million persons died in this area alone. 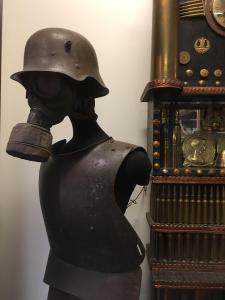 Our visit to Flanders Fields occurred on the 4th of July. Memories linger, and were sparked again by today’s commemoration of the 100th anniversary of the 1st large-scale use, in Ypres, of chemical weapons; mustard gas, to be precise. It was the 3d compound to be attempted, after chlorine and phosgene proved less reliable as lethal weapons, according to our tour guide, Raoul Saracen, a retired history teacher. Initial efforts to fight back against chemicals also were crude: before the development and widespread distribution of gas masks, Canadian troops resorted to breathing through kerchiefs soaked in ammonia-rich urine. 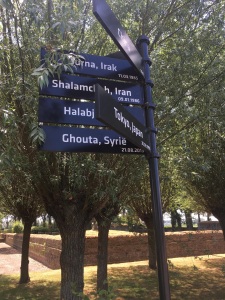 The cruelty of chemical warfare did not stop its use. Recording other places where chemicals have been used was a signpost in Langemark, the cemetery where German soldiers (including several with whom I share a surname) are buried. Tokyo, Japan, Halabja, Iraq, and Ghouta, Syria, receive mention, though more recent gassing sites in that last country have yet to be added.

The thousands of headstones in the many Flanders Fields cemeteries of course give pause. So too the cramped trenches, still on display at Sanctuary Wood Museum.

Yet it was a different site that stole my breath – the “dressing station,” a kind of field hospital, at Essex Farm Cemetery. The station’s cement-bunker cells were small, dark, and saddening, a truly concrete reminder of the scourge of war. 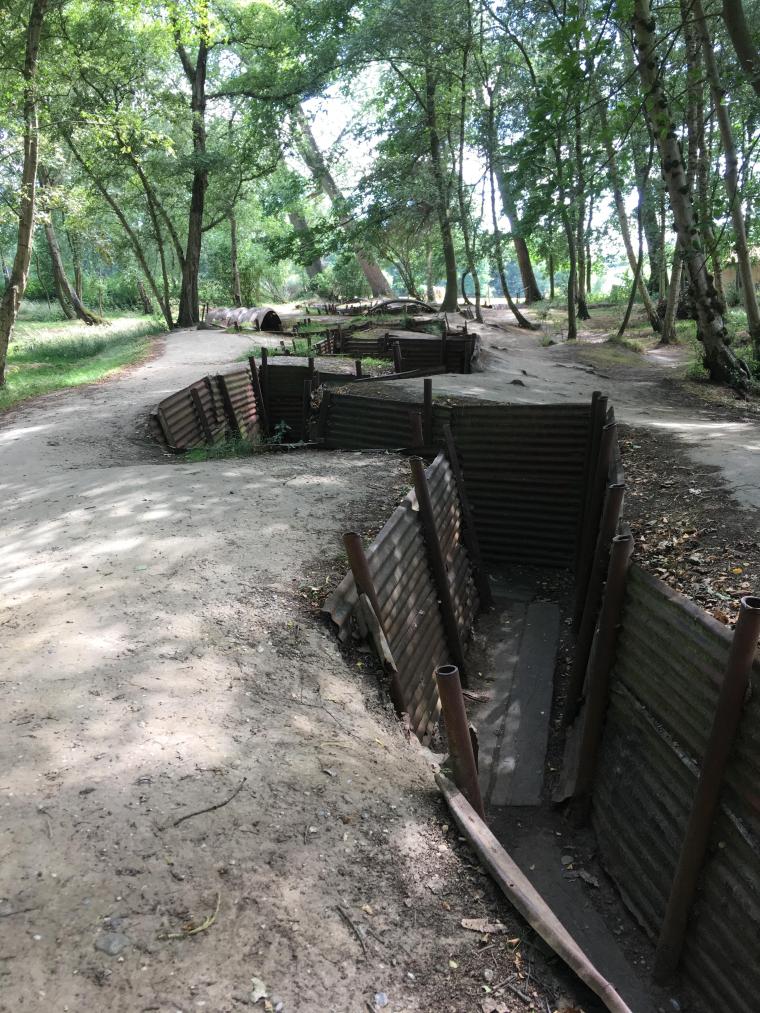