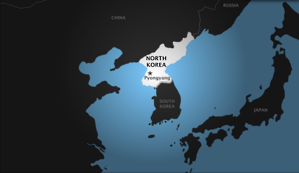 Children figure prominently in the parade of horribles to be found in a U.N. commission’s just-published report on North Korea.

Though sadly not surprising, this is noteworthy, not the least because the country is a charter member state of the 1989 Convention on the Rights of the Child. The report, by a commission composed of Michael Kirby of Australia, Sonja Biserko of Serbia, and Marzuki Darusman of Indonesia, demonstrates that North Korea operates far from the objective of that near-universal treaty.

By way of example, ¶ 21 of the 36-page Report of the Commission of Inquiry on Human Rights in the Democratic People’s Republic of Korea, declares:

‘The State operates an all-encompassing indoctrination machine that takes root from childhood to propagate an official personality cult and to manufacture absolute obedience to the Supreme Leader (Suryong), effectively to the exclusion of any thought independent of official ideology and State propaganda. …’

► Taking note of the regime’s effort to keep cities like the capital “‘pure’ and untainted,” the commission wrote at ¶ 41 (see also ¶ 89(j)):

‘[T]he large number of street children migrating clandestinely to Pyongyang and other cities – principally in search of food – are subject to arrest and forcible transfer back to their home provinces, experiencing neglect and forced institutionalization on their return.’

► The Report further observes, at ¶ 42 (see also ¶ 90(f)), that women who have fled to China and are forcibly repatriated suffer many human rights violations; for example, because of the regime’s “racist attitudes towards interracial children of Koreans,” repatriated women found to be pregnant

‘are regularly subjected to forced abortions, and babies born to repatriated women are often killed.’

► Violations persist even if the mother – who may have been trafficked to China “for the purposes of exploitation in forced marriage or concubinage, or prostitution” – remains in China. Her children, the Report explains at ¶ 42  (see also ¶ 90(e)), are among the estimated 20,000 who suffer a particular predicament:

‘These children are deprived of their rights to birth registration, nationality, education and health care because their birth cannot be registered without exposing the mother to the risk of refoulement by China.’

► As for children who live in North Korea itself, ¶ 47 of the Report states that commissioners are

‘particularly concerned about ongoing chronic malnutrition in children and its long-term effects.’

Foreign aid has not eased their plight, because (¶ 50):

‘The State denied humanitarian access to some of the most affected regions and groups, including homeless children.’

Having catalogued such violations in this Report and accompanying documents, the commission listed numerous recommendations. The media have focused on the recommendation for a U.N. Security Council referral of the situation to the International Criminal Court (¶¶ 87, 94(a)). Given North Korea’s nonparty status and close relation to China, a veto-holding permanent Security Council member, that seems less than a nonstarter.  But any reader of the commission’s account can only hope that policymakers will find some interim means to effect change and accountability in North Korea.

One thought on “Children & the UN report on North Korea”